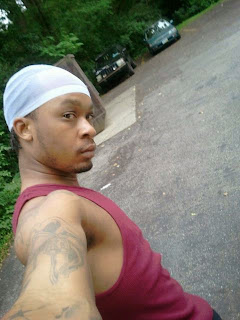 Larrie pretended to be a woman and wrote a guy who had an ad on Craigslist. He wanted to trade pics with the guy. We put the pics of women he is using in the album below.

So why is Larrie pretending to be women and asking to trade pics of other men? Does anyone know Larrie and can send us pics of him?

Update: Someone who knows Larrie sent us pics of him. The woman who sent the pics also said Larrie carries an illegal gun to protect his “business products” and should be avoided.

One Reply to “Is Larrie DuBose a gay player?”