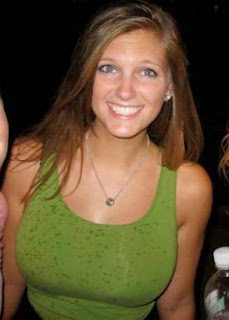 Katie wrote someone’s ad and said she wanted to have sex with them. She described herself as 125, blonde hair blue eyes 5’5″, 36DD and very eager to have sex. In this email she sent the pic above. Katie was asked for more pics and she said she would send them but never did. Katie responded to emails but never sent any other pics or her phone number as she said she would.

So is Katie a fake or a player?