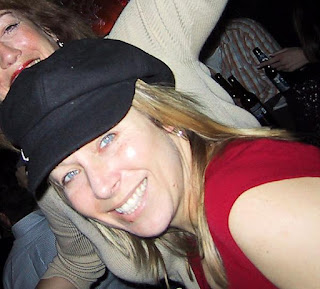 So who is “Abcdefg” as she calls herself on adult websites? We don’t know her name or much about her. According to reports she tells guys a lot of different stories and she is a player. She may be another one that likes to play out some sex fantasies online with guys, make plans and pull a no show. There were many more pics that were pornographic and we could not post. Below is an censored example.

UPDATE:
We first posted about Angela early in 2011. Recently we heard from someone that had run into this suspected player almost 2 years ago. He says her name is Angie David, she is about 40 years old and may be an elementary school teacher in Newport or Covington Kentucky wherever that is. He says she did the same thing to him. Contacted him on Adultfriendfinder, talked for a long time but didn’t show up for their date and stopped responding to his messages. To prove he knew her he sent pics of her from years ago.

Update: Another guy heard from Angela and had the same experience. According to the emails she was at least responsive but refused to send her pictures. Angela said she remembered talking to him before and was not interested but would not admit to what she remembered or why.

Update Sept 2015:
Another man contacted us and explained he met Angela on an adult website in 2014. He said they talked online but she would not give her number or email address. The agreed to meet and she didn’t show up. He did a search for her and found her here.