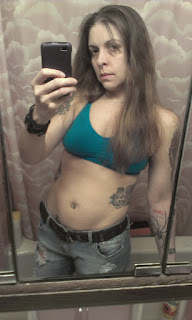 This is a new one for us. Angel was reported by the co-worker of the guy she went crazy on. According to the email and text messages sent to us received Angel was dating a guy and when he realized she was “psycho” and he broke up with her. She had found out his password, hacked his email (which was connected to his android phone address book) and emailed/texted x-rated pictures of him doing some crazy kinky things to everyone he knew or worked with.

Our first thought was that is his own fault for dating a psycho and letting her take those pictures, right?

As we said, the person reporting her was just a co-worker that was unfortunate enough to be in the poor guys cell phone address book so he didn’t have a picture of Angel. Does anyone have her picture so we can show others and let them decide?

Update: Another man contacted us and stated that he had a run in with Angel. She contacted him wanting to have sex and that she “acted weird”. After telling Angela he wasn’t interested she sent him several emails cursing him. He googled her and found us, thanks for the contribution of her pic!