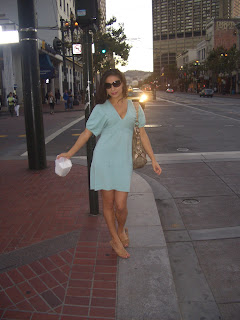 We received two reports about this one last week. Both men said she was a player, she sent them the same pics and from the emails they forwarded it looked like she told them both the same thing. Almost sent the same email. When they asked any info about what she did for a living or what her first name was, things like that, she avoided the questions or just ignored them.

They both decided to pursue her anyway (dumbasses) but then the one guy she never called when she said she would or and the other guy she blew him off for two dates in a row.. When they tried contacting her to find out what happened she just stopped replying.

A few of the pics are strange and remind us of the scene from the strip club in the Hangover 2. You know the one we are talking about. Yeah, the one where you were turned on and then a few seconds later wanted to cut your own eyeballs out.

At first we thought she might be a spammer but that is a lot of work for a spammer. And does anyone else think she looks like a man? Does anyone know if she is a real woman or what her name is? More pics in the album below.