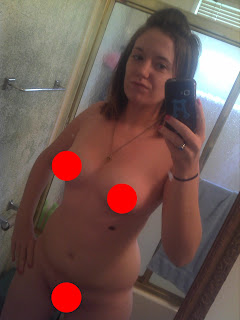 In the email Amanda sent the picture above and told the guy she wanted to have sex with him but was cheating on her boyfriend.

So is she real person cheating? Or a fake?

Update: Amanda contacted us and asked that we take her picture down. We suggested that she apologize to the man she played to make that happen. She replied she would not ever apologize to him.

Amanda also made the excuse that she was single and never cheated. This is contrary to what she said in her original emails where she specifically told the guy that she had a boyfriend that she didn’t want to catch her.

3 Replies to “Is Amanda Brandenburg a cheater?”