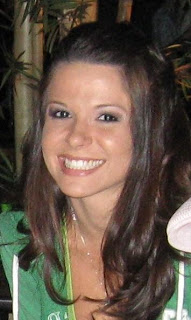 Tara (probably a guy) wrote a couple wanting to have sex with them.  They asked Tara for her phone number or a verification picture and specified that it be of her holding up a sign with her email address on it. Instead Tara sent more pictures claiming they were just taken but avoided mentioning that she didn’t hold up the sign. Tara also claimed she wasn’t comfortable talking on the phone.

This made them suspicious so they reported her to us. Using our super internet elf sleuthing software we scanned the pictures and found there were stolen from some poor girl named “Dawn”. They are obviously stolen by someone that knows her.

The pics supposedly just taken had were older and had just had the dates added to make them look new. Does anyone know how to reach Dawn? Anyone know who Tara really is?

Update: This guy is at it again. Now he has a photo editing program to fake a day and time on the pics.  Remember not to send any pics you wouldn’t want your Mom seeing until you have verified the person is real by a phone conversation.

3 Replies to “Is Tara Lidell a fake?”