So Marina and a man were talking and they made plans for a date but before it happened she disappeared. He tried contacting and after awhile she replied that she had met someone and was in a now in a committed relationship. Not long after he saw her on a dating website with a profile Marina had recently updated to say she was single and looking. The guy wrote her again but she did not reply. He states he figured she was just a cheater and forgot about her.

Almost a year later he got an automated email from another website that Marina had a new profile under a different name. He thought she might be a fake so he did a web search and found us. When we looked her up we found that she had actually used several different names.

Update September 2015: A man has contacted us and says she had met Maria online as Marina Osadchy. He pointed out that Maria had spelled her name differently in several examples. He explained that he never attempted to meet her because her stories didn’t make sense and he never talked to her on the phone.

So is Marina a cheater? A fake? What is her real name? 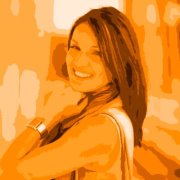 2 Replies to “Is Marina Bond aka Marina Ocadchy a fake, cheater or player?”