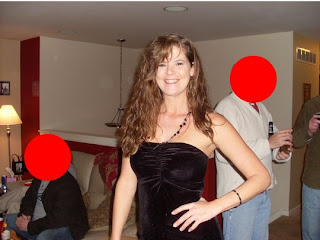 According to the emails we saw Lynette had been talking to a guy online and it was obvious she had him confused with at least one other guy she was talking to. He gave her the benefit of the doubt and they planned a date, which she never showed up for. When he called her to find out why she said she wasn’t interested because she had again confusedhim for another man. When she realized who he was they made plans for another date, and again she didn’t show up.