Review:
I met Jennifer on Eharmony and we talked for months. She told me about being an addict and we both shared a lot things we hadn’t told anyone else. She told me that she had moved from Florida to Ohio to get away from her old life and get clean. I really believed she was turning her life around and that she cared about me. We talked several times a day. We were going to meet but then she told me that the rehab program she was in said she shouldn’t date until she had been clean and sober for awhile. We admitted we were falling in love and she asked me several times to meet but I told her we should wait until the rehab program said it was ok.

I really cared about her and wanted her to get better. It was only a couple more months so we agreed to keep talking and that on the anniversary of her being clean and sober we celebrate with our first date. Then she ghosted. At first I thought she might be in trouble so I googled her name and found your website. I saw the link to her facebook and that she was posting pics laughing and having fun.

She never called like she promised. When I have tried reaching out she ignores me. She doesn’t even care enough to tell me why she stopped talking or even that she is ok. I realized she was just using me like that other guy said. When I wouldn’t give her what she wanted she threw me away and that really hurts. I am not doing this to get revenge. I know a lot of her secrets if I wanted to do that. I just want people to know that she tells everyone she loves them and won’t lie anymore but not to believe her. She will hurt you and ghost you because she really never cared about you.

The man included screenshots of their messages with proof of everything that he said. Do you think Jennifer is a player? 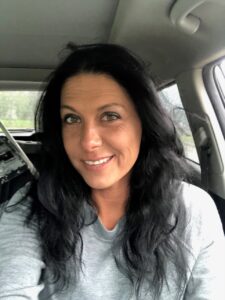