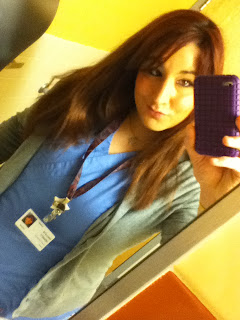 Kitty was reported to us as a man that contacted a couple about swapping his girlfriend. The man included several photos, some of which were of a woman nude. When the couple responded asking for proof that this girlfriend was real and she knew he was offering to trade her to strange men, the guy stopped responding. In one of her pictures she is wearing a name tag but we cannot make out her real name. If anyone else can please leave a comment below.

Hollaye wrote a few more emails but when he tried making plans to meet her she stopped responding. That is when he found her on here. He included more photos which we used to update the album below.

So is Hollaye playing games?

Update November 2012: Another man contacted us saying Hollaye did the same thing to him and sent the pics we added to the album below.

Update Sept 2013: A guy sent us emails showing that Hollaye contacted him through Craigslist. They talked about having sex and even meeting but Hollaye never showed up.