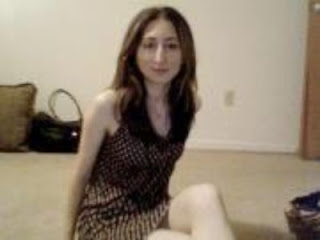 We received two reports about Dina just about a week apart. The first one she replied to a guys ad by insulting him and calling him names. The second one she answered with strange questions and the guy pointed out, nothing that was asked for in his ad. Neither of her responses had a pic attached.

So we did some digging and above is the only pic we could find and she is supposedly from Grozny which is the capital of Chechny. Is she one of those over seas spammers? Or is she just a player?

Update: A reader alerted us to her profile which we have made a screenshot of below. It is very strange so we still aren’t sure if she is a fake or a game player. It reads

POF is forcing me to write a description. There is nothing really interesting to write. I am your average human being with sometimes very irrational, imaginary plans for ruling the world, traveling to outer space, admitting distant relation to quantum space lifeforms and other similar deviations. In my spare time i like reading, thinking, running, playing tennis. If i were you i’d think twice before contacting me because if you are not smart, sarcastic or self deprecating i will probably not respond.

P.S. I am not a beauty myself, but before you message me, PLEASE do look in the mirror first…some are plainly scary looking. Symmetry should rule the world – otherwise my OCD goes into overdrive. 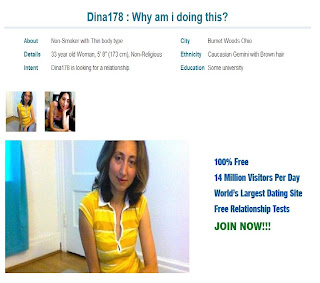 Update January 2020: Another user contacted us and reported that her name is actually Diana Strange and Dina is a fake name she uses. He also sent screenshots showing she had liked him on a dating app but when he sent her a message she acted crazy and sent weird messages that made no sense.

14 Replies to “Is Diana Strange a player or a fake?”