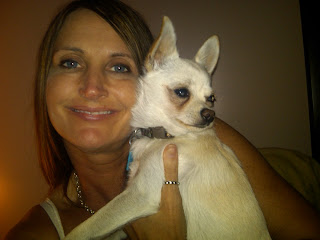 We have received more than one report about Delores. She may be married and cheating on her hubby. Two different men reported the same phone number more than a year apart. Then just a few days ago we received another report that she was back out playing games again.

Update: December 2010, we received another report about Delores and added the new pic she is sending out.

Update #2: October 2011, Delores has contacted us and said that the information and photos were stolen off her Facebook and all lies. We have copies of the emails so we know that part is not true. We checked out her Facebook and her phone number and the photos aren’t even on there. She threatened us with a lawyer but we not in USA so he could not do anything.

Update #3 April 2012, Delores is at it again with a new fake name Sarah Meadows, new fake email and new photos but those were not provided. The guy says he was talking to her and then she stopped. When he looked her up online he found us.

Update August 2012: 2 years since we first reported on Delores she still may be trying to cheat. We received an updated report and a new photo of her.

Update: Another man has said he had a similar run in with Delores and she called herself “Patricia Palm”

2 Replies to “Is Delores Minor a cheater?”