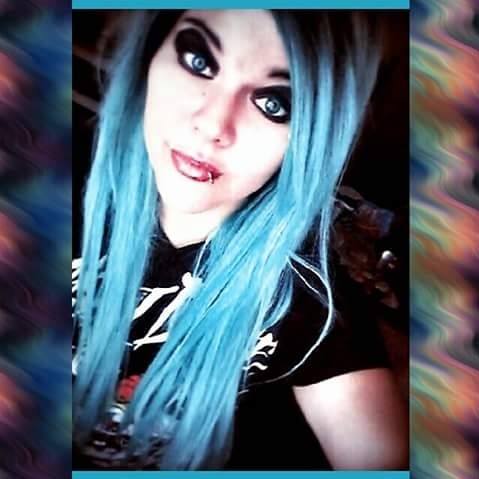 Review:
Horrible person, horrible mom: crazy and abusive.  She had three boys (all from different dads) that were all taken away from her by Preble County Job and Family Services in May 2015, for neglect, and is now pregnant again.  Her oldest was taken from her (the first time) when he was an infant because she threw him across the room and her mom raised him even though they all lived together.  Her mom helped her get him back.  She had a second that her cousin was raising for her because she always left him nasty in soiled clothes and a urine saturated carseat and then her mom let her move back in since she was pregnant with her third.  Nobody ever took care of the third one, including her, so after she was reported to jfs they investigated and took custody of all her boys and condemned her trailer, it was filled with cats and dogs and feces and urine all over.  The boys were told to use the potty in the corner because she had no running water.  They had no food, no diapers for the baby (he was often in a towel, soiled in urine and stuck in a filthy carseat) and several instances where the kids ended up in the hospital.  The jfs caseworkers refused to take any belongings for the boys from the trailer because it was so outrageously disgusting.

The oldest two boys made it ok based on intervention from family but the youngest one was bad off with reactive attachment disorder from being left alone or with strangers (by her).  She doesn’t take care of herself (she was evicted before and they found dirty tampons under the bed and diapers in the dresser drawers).  She always hoped to find a baby daddy to take care of her and is pregnant again (due Nov 2016).  She has no drug addiction, just partying, selfishness, laziness and disgustingly nasty.  She must have a mental disorder because she lies about everything all the time and nobody, including the caseworkers could believe her.  I am sure she lied to her new baby daddy about her kids case but I hope he learns soon and takes the fourth one from her before she messes it up.

One Reply to “Is Brittnee Faye Dunaway mentally ill?”