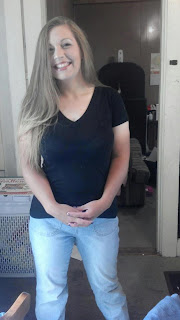 According to reports and emails we saw Andrea had an ad posted online looking for sex. When a guy contacted her she said she was looking for someone to let her live with them and give her money to support herself. He wanted to meet her to have sex with her so they made plans but she never showed.

While the guy is obviously a loser for not running the other direction, she may still be a game player or user. Does anyone else know anything about her?

Update 2: Looks like Andrea was arrested for a felony in Fayette County West Virginia but we cannot confirm what for or if she was convicted.

8 Replies to “Andrea Wetherholt a player?”