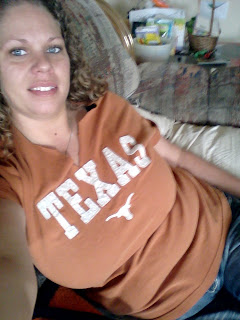 According to the emails sent to us, Amy met a man online and told him she wanted to be submissive to him. After Amy played games for awhile the man told Amy he was no longer interested and to leave him alone. She kept sending him messages and even stated she already had a “Dom” and was just looking to replace him with someone new. In another email Amy made the excuse that even though she had lied to this guy about being single, her “Dom” knew about it so it was ok.

Update August 2012: Amy contacted us saying that the guy who reported her made up these lies because she had rejected him. While the emails and text messages we saw lead us to believe otherwise we are waiting for Amy to respond with proof that she did reject him.

Update #2: After asking Amy for proof she sent emails in which we saw her admitting that the guy said he wasn’t interested and then she apologized for her behavior so Amy’s earlier statement was false. Amy then told us that the guy was trying to blackmail her to have sex with him and we told Amy that if she provided proof we would remove her and add him to the list.

Amy sent us an email supposedly from the guy demanding that she have sex with him. When we confronted the guy he gave us the password to his email. We checked both his email and read the emails Amy sent to him (the response at the bottom) to be sure he had not deleted anything.

That would mean Amy was again making lying and now falsely accusing a man of trying to rape her.

Update September 2013: A man named Todd Yates wrote claiming to be Amy’s “Dom” he said that he gave Amy permission to date and have sex with other men so she was not cheating. We pointed out that doesn’t explain why she lied to the other men about being single or making up stories that they were trying to force her to have sex with him. He ended his message by saying he had to “get involved.”

We did some of our internet magic and the evidence leads us to believe that this was Amy, again pretending to be someone else

Is Amy the kind of woman you would want to have a relationship with? Let us know by leaving a comment below.

3 Replies to “Is Amy Howerton a player and cheater?”